The 'exhilarating and terrifying' story of mobile phones 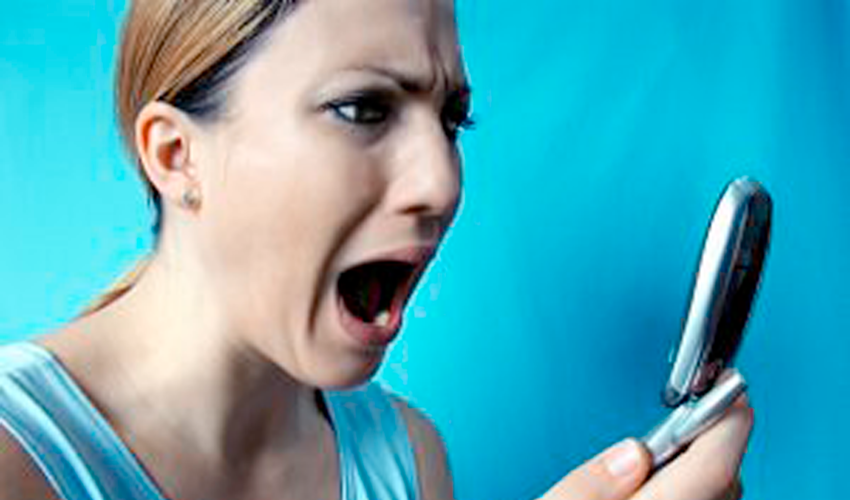 In 1999 David Bowie was being interviewed by Jeremy Paxman for a Newsnight programme. During a discussion about the then relatively new ‘internet’, Bowie predicted that it would become both an “exhilarating and terrifying” feature of our lives. How prophetic!

So, how ‘terrifying’ has it become? A recent survey by Deloitte found that more than half of 16 to 24 year olds think that they use their smartphones too much. The report also identified some really worrying habits such as 79% of respondents who check phone apps in the hour before going to sleep and the 55% who do the same within 15 minutes of waking up. What effect is this having on the mental wellbeing of young people?

More and more studies are being carried out on the impact of mobile phone use and abuse with many connections being made to increases in anxiety, insomnia and relationship issues. The dangers of online bullying have been known about for a long time, but it would appear longer term issues are now being associated with misuse.

Students at the school that I have spoken to have commented on how their dependence on checking mobile phone apps has a significant impact on their productivity. This is especially true out of school, where they’re much more likely to be drawn by the ease of communication apps such as Snapchat or Instagram with their associated instant gratification rather than apply the necessary graft to homework and educational study, the benefits of which are likely to be much more delayed.

Students also comment on the social pressures that online behaviours create. They acknowledge that any image of them posted online will mean they are being judged on their appearance, that the number of ‘friends’, ‘followers’ or posted that are ‘liked’ reflects their popularity and that they often have difficulty reporting abusive posts or find it socially awkward to ‘unfriend’ people.

There is no doubt that online communications can also be ‘exhilarating’ and useful. Students comment to me that it is a great way of keeping in touch with friends, of expressing themselves and getting involved in issues that are important to them.

There are many great apps that can help with productivity, study and wellbeing, for example:

The ubiquitous nature of mobile phones makes it difficult to remember a time when we didn’t have these forms of communication so close to hand and I for one would find it hard to return to letters, paper diaries, cameras and all the other functions I use my phone for on a daily basis.

So, what is to be done? We can’t easily rewind the last two decades of technological advances. We can’t pretend that virtually every single teenager (and many younger children) in our community has access to their own smartphone containing all the terrifying and exhilarating capabilities that Bowie predicted. What we can do is to start taking back control.

Many students that I speak to admit, somewhat reluctantly, that the recent changes to our mobile phone policy in school have been a success. Restrictions we have put in place across the school day means that students have a break from their phones when we can help them develop the personable social skills that continue to be of such importance. Rather than lines of phone-zombies queuing up for food in the dining hall with their faces permanently attached to a screen, I am now faced with lines of happy children who are generally keen to say hello and engage in conversation. Spaces around the school are made up of students talking to each other rather than communicating with online strangers. This has created a happier, more friendly and productive environment.

Perhaps the rest of society needs to learn from this. Imagine getting on a train, sitting in a doctor’s waiting room or queuing up at the supermarket where people started to talk to each other rather than hiding behind the comfort blanket that is the mobile phone? It’s easy for us to decry young people and their misuse of mobile technologies but we also need, as adults to challenge our own use.

We must model the kind of behaviours we would like young people to display. If we all start to restrict the use of mobile phones to when they are genuinely needed, if we can talk to each other more when we eat and when we’re sitting down and if we can all learn to explore the ‘exhilarating’ possibilities that exist we might have a chance of avoiding or reducing some of ‘terrifying’ aspects that cause so many people so many problems.