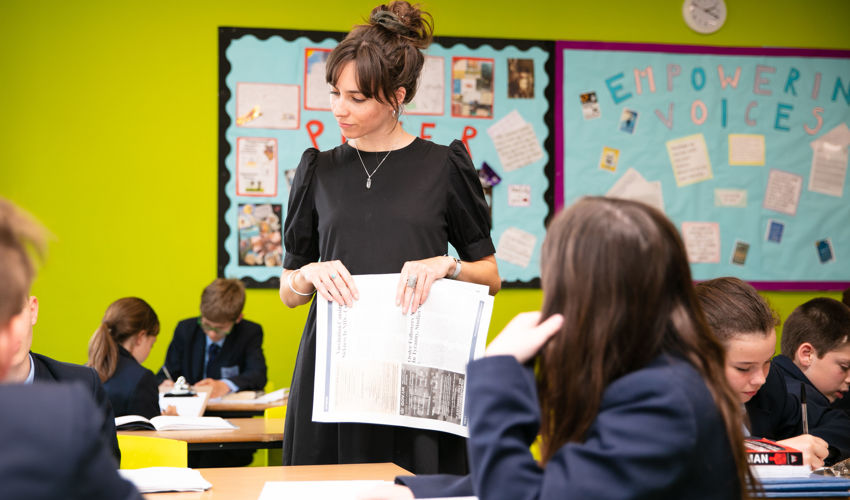 At the end of last term, students from Years 7 to 9 were encouraged to think about their relationship with the seasons. As students became excited for the festive break, across the English classes we started exploring ‘Winter-Time’ by Robert Louis Stevenson. Below, you will see some of the English Department’s favourites!

Winter strolled along the lake,

Freezing the once-water to what is now ice,

Trapping all the innocent fish,

It was just that he couldn’t control himself,

But he wishes he could protect everyone else.

Winter slid his way into the windows of a house,

A sudden chill shocked everyone inside,

Winter watched -holding back tears- as the family blasted up the fire,

Winter knew where he wasn’t wanted,

And shamingly was locked out.

Winter travelled until he ended up in a park,

Not many people were out,

He was done with being feared of,

As Spring was just around the corner.

Dragging its body along the ground of the cavernous forest.

The floor behind it had been covered in an icy coat.

Its eyes are dull and greyed out by the blinding sun which crept through the long, lanky trees.

Winter had a husky voice that stuttered ever so slightly.

It’s long, inky and smoky cloak skimmed the ground as it walked.

Winter looked at the dirty yellow grain on the forest floor showing where the forest ended and the shore.

With curiosity Winter headed towards the marine.

A foul smell hit its nose.

Hovering over the sand it felt as if pins and needles had been pushed against it as it walked.

Winter's eyes lingered in the sand as the pain increased.

Hastening the speed, he sprinted for the sea to stop the torment it was in.

The once bright almost yellow sand had disintegrated into a brown frozen mush.

Winter continues, not noticing this.

Reaching the sea, it stares at the cheerful fish that swims from side to side with their partner.

Oh, how much Winter desired love but how hard it tried it could never.

Chaos and slaughter were in its genes.

As Winter attempts to touch the merry fish, a flash appears.

Freezing the fish and the liquid around it.

Not understanding why, the fish’s lover attempts to reach out for her partner and ends up with the same fate.

Winter slouched at its destruction of the once beautiful shore and lives that had once lived there.

Collapsing onto the earth at what it has done yet again.

Why must everyone Winter meets leave it?

Which stood still with no interruption.

As the floor beneath winter froze and turned into ice,

Now the classroom was like a freeze frame; However,

The people within it stood like soldiers frozen in time.

As winter slowly levitated its way deeper into the school,

Winter found himself all alone and as if he was unwanted,

As Winter’s Icey coat melted away like his emotions melted with it.

By Freddie May, Year 8

When the stars still linger in the skies.

The sleeping beauty shall rise,

And the blood-red orange divides.

She thrives for an hour or two,

Until the frosty wind tucks her away,

Till the next winter’s day.

I sit by the jolly fire,

Whilst the roast beef cooks.

I read through my books.

As winter time passes by.